Yesterday I finished reading my first story by Robert E. Howard. He’s the guy who created Conan the Barbarian and Solomon Kane, among many other memorable characters. The story I read was called People of the Black Circle, a pulpy action yarn wherein much blood is spilled.

I was surprised by the (unfortunate) era-appropriate sexism on rampant display, the descriptions of bloodshed toward the end (the book was written in the early 1930s), and by the author’s vivid imagery. As to the imagery, it turns out Howard spent a good deal of time yearning to be a poet, but gave it up when he realized the slim odds of turning a profit. So he went off and invented the genre known today as Sword and Sorcery. He was a huge devotee of H.P. Lovecraft and I’m sure after I have exhausted my repertoire of Conan stories, I’ll move right along to the father of Cthulhu. There’s something weird in their books that I’ve been unconsciously toying with in mine and I’m digging the similarities. END_OF_DOCUMENT_TOKEN_TO_BE_REPLACED

“In everything that can be called art there is a quality of redemption. It may be pure tragedy, if it is high tragedy, and it may be pity and irony, and it may be the raucous laughter of the strong man. But down these mean streets a man must go who is not himself mean, who is neither tarnished nor afraid. The detective in this kind of story must be such a man. He is the hero, he is everything. He must be a complete man and a common man and yet an unusual man. He must be, to use a rather weathered phrase, a man of honor, by instinct, by inevitability, without thought of it, and certainly without saying it. He must be the best man in his world and a good enough man for any world. I do not care much about his private life; he is neither a eunuch nor a satyr; I think he might seduce a duchess and I am quite sure he would not spoil a virgin; if he is a man of honor in one thing, he is that in all things. He is a relatively poor man, or he would not be a detective at all. He is a common man or he could not go among common people. He has a sense of character, or he would not know his job. He will take no man’s money dishonestly and no man’s insolence without a due and dispassionate revenge. He is a lonely man and his pride is that you will treat him as a proud man or be very sorry you ever saw him. He talks as the man of his age talks, that is, with rude wit, a lively sense of the grotesque, a disgust for sham, and a contempt for pettiness. The story is his adventure in search of a hidden truth, and it would be no adventure if it did not happen to a man fit for adventure. He has a range of awareness that startles you, but it belongs to him by right, because it belongs to the world he lives in.

If there were enough like him, I think the world would be a very safe place to live in, and yet not too dull to be worth living in.”

(From “The Simple Art of Murder” by Raymond Chandler, 1950 – Full Essay Here)

Here’s something NOT to read your kid before bedtime. I found this in one of my old journals…must have had some bad dreams recently.

Now I lay me down to dream

I pray to God I do not scream

For when the monsters come to eat

I will have safely tucked my feet

Beneath the blankets, safe and warm;

Protection from the coming swarm.

And when their teeth extend to bite

I’ll do my best to try and fight

Although I know they’ll drag me down

Under the bed without a sound. 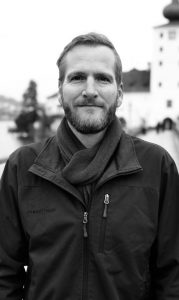 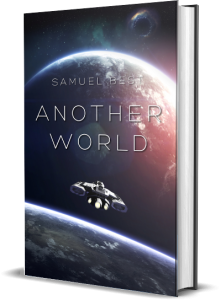